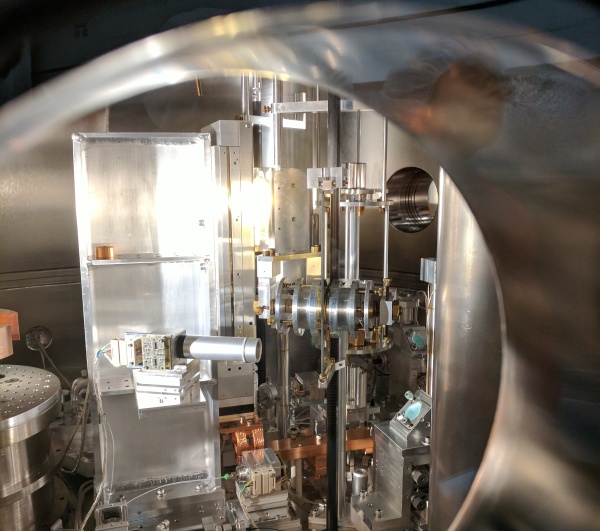 A peek inside NIST-4, the current Kibble Balance at NIST in Gaithersburg, MD.

Since 1889, Le Grand K, a sleek cylinder of platinum-iridium metal, has ruled from its underground vault in Paris. An absolute monarch, it was the very definition of one kilogram of mass. Scientists from around the world made pilgrimages to it, bringing along their national kilogram standards to weigh in comparison and adjust accordingly.

“The mother ship is never wrong,” said Robert Vocke Jr., a chemist at the National Institute of Standards and Technology (N.I.S.T.) in Gaithersburg, MD.

No longer. Friday, in a small conference center located just steps from the Palace of Versailles, several dozen nations voted to overthrow Le Grand K and to redefine the kilogram and three other standard units of measure: the ampere, for electrical current; the kelvin, for temperature; and the mole, which describes the amount of a chemical substance. The vote fulfills an 18th-century dream. Henceforth, all seven units in the International System of Units, otherwise known as the S.I., will no longer be defined by material objects and instead will be defined only by abstract constants of nature.

These Cultural Treasures Are Made of Plastic. Now They’re Falling Apart.

Designing the Death of a Plastic