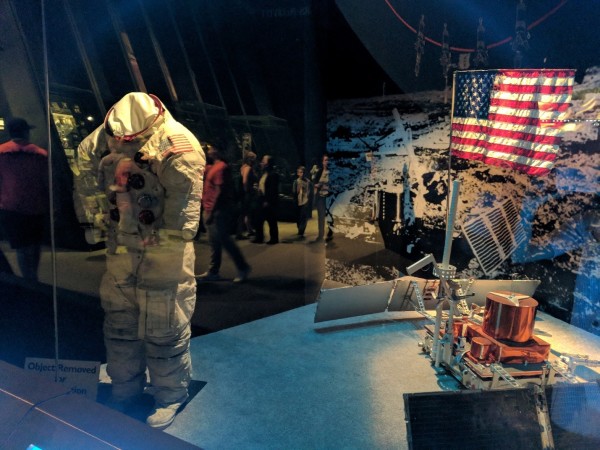 Buzz Aldrin’s spacesuit has stood alone at the National Air and Space Museum for over 12 years, after its companion Neil Armstrong’s suit was put in storage to prevent its plastic materials from deteriorating further.

The custodians of Neil Armstrong’s spacesuit at the National Air and Space Museum saw it coming. A marvel of human engineering, the suit is made of 21 layers of various plastics: nylon, neoprene, Mylar, Dacron, Kapton and Teflon.

The rubbery neoprene layer would pose the biggest problem. Although invisible, buried deep between the other layers, the suit’s caretakers knew the neoprene would harden and become brittle with age, eventually making the suit stiff as a board. In January 2006, the Armstrong suit, a national treasure, was taken off display and stored to slow the degradation.

Of an estimated 8,300 million metric tons of plastic produced to date, roughly 60 percent is floating in the oceans or stuffed in landfills. Most of us want that plastic to disappear. But in museums, where objects are meant to last forever, plastics are failing the test of time.

Designing the Death of a Plastic

A Plastic That Recycles Itself