It’s Labor Day weekend! Aka moving weekend in Boston this year. I’ll rant about how much I hate moving next time. I’m just going to start with a very simple post, given that I haven’t blogged here in six months, by sharing the five most interesting and important (IMHO) environmental stories that I’ve read this week. To my readers who are done moving, or don’t have to move, or just have free time on Labor Day to do some reading: enjoy! (Or don’t, because some of these are really horrible stories that we should be more concerned about.) 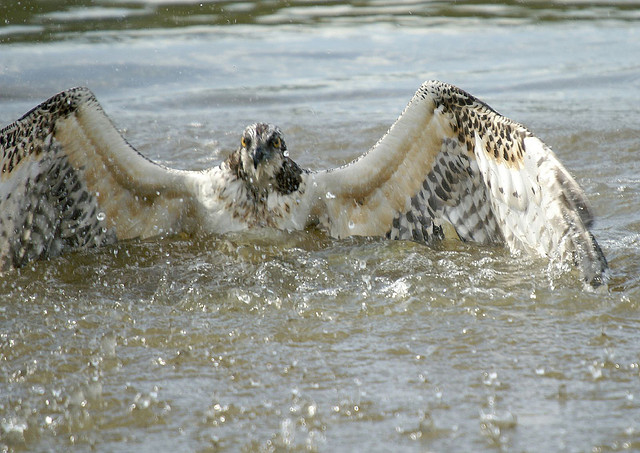 I don’t care much about birds. I don’t look out for them, and I can’t identify 99% of the birds that I see. The stories in Winged Warnings, a series focusing on the environmental threats that birds face globally and how they’ve been affecting birds, however, are exactly the reasons why we should care more about birds. EHN Editor-in-chief Marla Cone writes in the series’ introduction, “‘Canary in the coalmine’ isn’t just a proverb: Birds are showing us what ails their environment – and sometimes, what ails us. Their nesting, their parenting, their brains, their hormones – even their songs – have been changed by pollutants, climate change and other threats they encounter.”

Winged Warnings is a six-week series, and the first five stories are already available from this summary list that will continue to update as the remaining stories come out over the next five weeks. Must-reads are: Empty nests of the North (Part 3) by Cheryl Katz, which documents the widespread reproductive failure among Iceland’s seabirds due to suspects like climate change and chemical pollutants, and Heavy metal songs (Part 4) by Helen Fields and Alanna Mitchell, which tells the story of how mercury pollution from an old DuPont rayon factory in Virginia is changing birds’ songs.

Yet another draft report from the United Nations’ Intergovernmental Panel on Climate Change (IPCC) warning of the consequences (this time possibly irreversible) of not acting on climate change. The draft report has yet to be finalized, but its messages (major disruptions to agriculture within a decade, mass extinctions of animals and plants, among others) have already been heavily covered. Here are the stories from the Associated Press, Bloomberg, and The Telegraph just to name a few.

The Mount Polley Mine Disaster Has Produced A Mysterious Blue Substance (by David Ball, VICE Canada)

If you haven’t heard of the Mount Polley Mine Disaster in British Columbia, you need to read this article right now. Mount Polley is an open-pit copper and gold mine in central British Columbia owned by Imperial Metals Inc. with a four-kilometer-wide tailings pond. Tailings ponds hold the wastewater that a mine generates. On August 4, Mount Polley’s tailings pond’s dam ruptured. An estimated 14.5 million cubic meters of slurry from the mine was released into nearby waterways, contaminating drinking water for people who live downstream, affecting salmon runs and polluting First Nations communities’ watersheds, among other repercussions.

The latest development in Ball’s story involves the appearance of a mysterious, blue, oily/waxy film floating on the lake below where the dam ruptured. Environmental officials have reportedly “poked [it] with a stick,” according to Ball’s story, and said it’s likely “organic.” That’s just about as reassuring as Imperial Metals president Brian Kynoch’s saying at a press conference that he would drink the wastewater from Mount Polley’s tailings pond.

Blame is usually the name of the game when it comes to the aftermath of environmental disasters, in this case, the Toledo water crisis that left 400,000 people around Toledo, Ohio, without potable water for three days. Algae blooms are not new; a regular Dead Zone forms in the Chesapeake Bay every spring and it’s pretty clear that excess fertilizer in runoff from upstream agricultural areas is the culprit. It’s easy to point fingers and say industrial farms are bad, and fertilizers are bad… but before we get all riled up about farms and fertilizers, maybe consider that farms produce the food that we eat, and synthetic fertilizers are the reason that an estimated half of the world’s population is alive now. Read Henry’s article to the end and learn how farmers could (and need to) be part of the solution for balancing fertilizer use and managing runoff problems.

That’s my five recommended reads this week. I’m going to try to stick with this on a weekly basis for a while just to see if it’s useful to you, my readers. Bedtime for me, and a happy Labor Day holiday to all!

People’s Climate March: To Change Everything, It Takes Everyone … And Washing Machines

This week in Nobel Prizes