This is a pretty exciting piece of news for the solar cells of the future. Although I must admit, I don’t quite agree with the use of the word ‘breakthrough’ in the title of the press release that came out last week – ‘Breakthrough in Solar Cell Research.’

The gist of it is that an international team of researchers from Sweden, Germany and China have managed to show that a special type of solar cell is practically feasible and works. This solar cell is special because of its unusual design, based on nanowire arrays which are short and thin wires that stick out from the surface of the solar cell. These nanowires do the work in the solar cell, absorbing and converting light energy to electricity. You can imagine the nanowires to be like the bristles on a brush, or an army standing at attention on the surface of the solar cell, except these nanowires are only 1.5 micrometers long. To put this into better context, a red blood cell is 8 micrometers across, so you can imagine how small those wires are.

The interesting bit about this nanowire design, other than its really cool name, is that everything is really tiny. As a result, you don’t need much of the expensive materials to make a solar cell; in fact, the authors made their solar cell with only 12 percent of the surface covered with the nanowires. This has the potential to bring down the costs of producing a solar cell.

Additionally, because the nanowires are so small, the way they interact with and absorb light is completely different from the traditional way. This is the part that really excites me, but I still have no idea how it works. Which is why I would like to stop here and leave you with this article on ARS Technica which has a pretty good take on the research.

Obviously, this new, nanowire-based solar cell still does not perform as well as the conventional ones, and there are lots of room for improvement in terms of material choice, fine-tuning the design and more challenges to be overcome, especially when it comes time to move out from the lab and into the market. For one, I’m pretty skeptical of the low-cost bit, because the material used in this nanowire solar cell was indium phosphide. I looked up the price of indium phosphide from a major chemical company, Sigma-Aldrich, and a gram is currently selling for 201.50 USD. That doesn’t sound cheap at all.

But still, this is a big step forward – a new design proven to work, a new mechanism of absorbing light waiting to be explored and exploited, and perhaps the most important part, the fact that this research moved from being an idea – the idea of nanowires – to a working prototype in only ten years. I will be looking out for a story on this nanowire solar cell in tomorrow’s New York Times science section. I really hope they cover it. And if I ever figure out the light absorbing mechanism, there will be an explainer here.

Finally, this is besides the point, but Happy Martin Luther King’s Day! 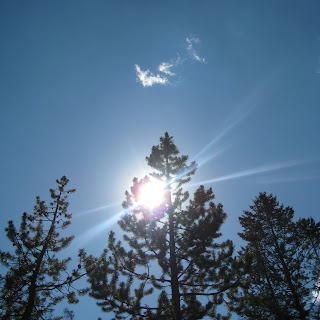 Solar Cells — Now In A Rainbow Of Colors

Landscaping science – now and an example in history

Print the Organ that You Need